Like our work? Arrange a meeting with us at our office, We'll be happy to work with you!

We are always looking for new talents and we were expecting you. Time to apply, buddy!

Is a vase a vase because of its shape?
Or its function?
And is there a built-in necessity in the idea of ​​a vase?
33 previous recipients of the Hempel Glass Prize each contribute their own bid.

In hydroponic cultivation, the plant grows in water and not in soil, as we often see.

Hydroponic cultivation is an ancient phenomenon which has been used in several cultures, for example in the hanging gardens of Babylon and in the Chinese floating gardens.

In connection with a widespread desire for green, urban environments, in i.a. parts of the western world, the hydroponic process has become a widespread phenomenon.

The hydroponic container is a vase because of its function as a container, where the plants become the decorative element. The shape is a direct reference to the content, the water, which is represented here by two objects that imitate stages of a drop frozen in motion. 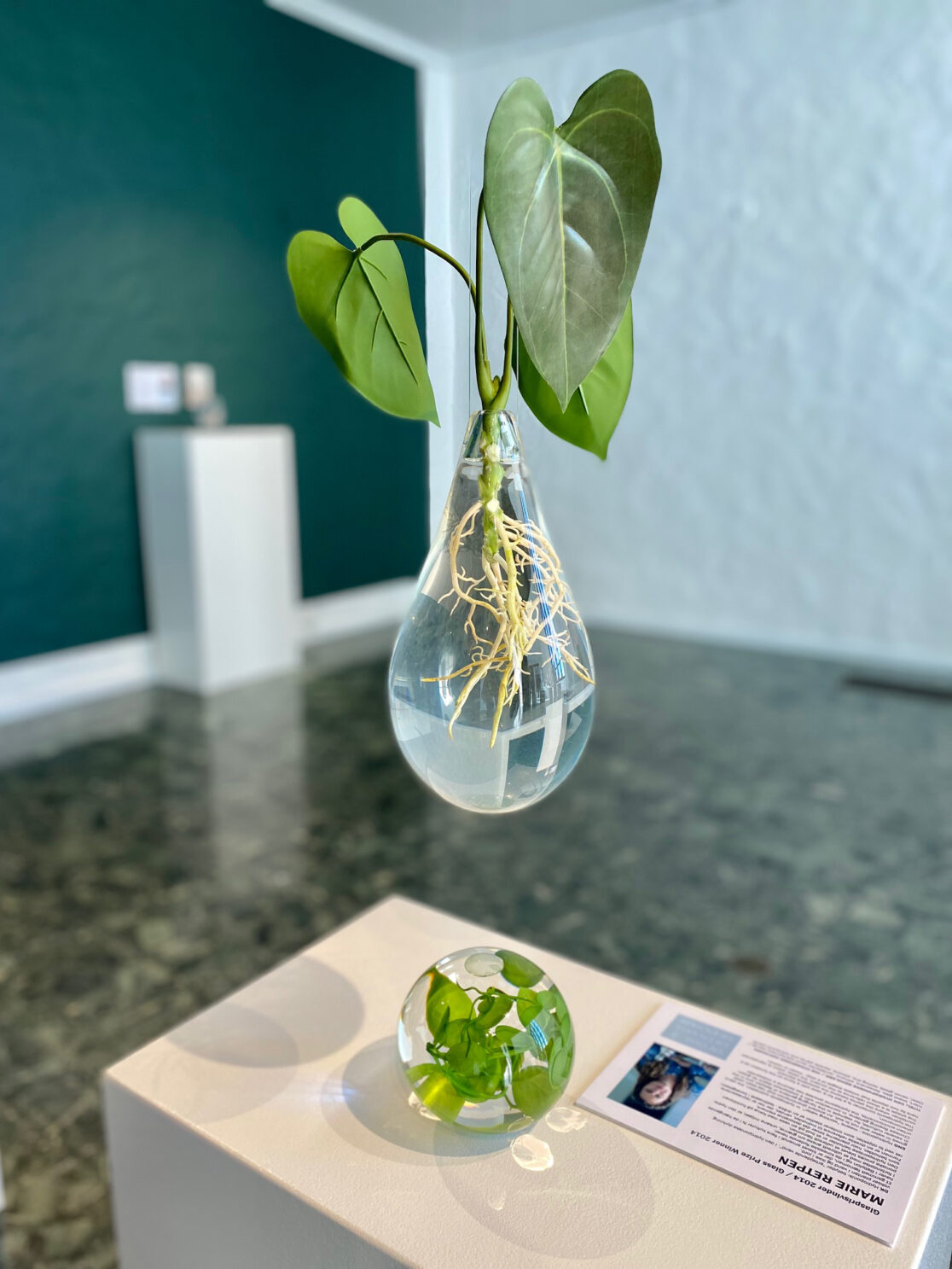 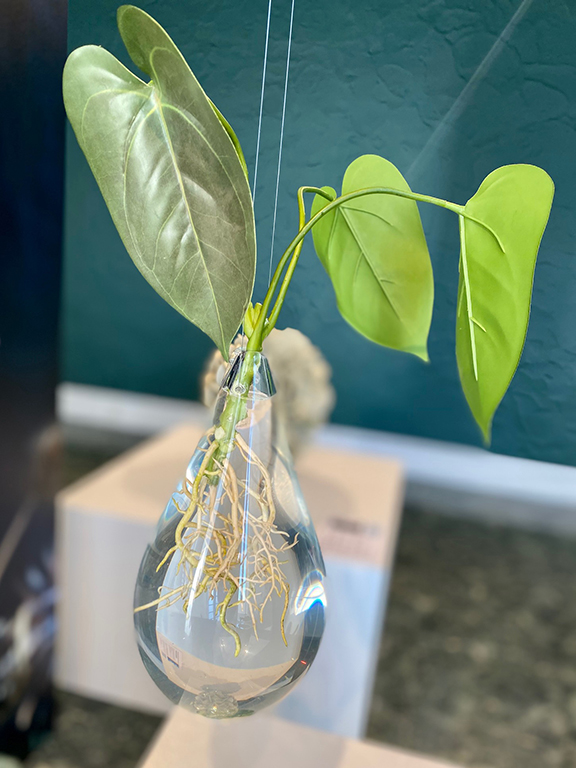 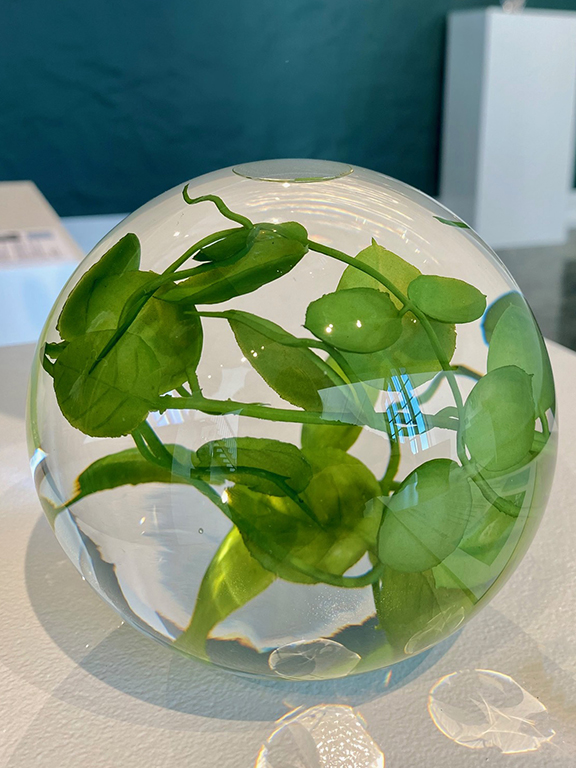